Have you heard of the new craze called magnet fishing? Magnet fishing is less of an actual sport and more of a hobby or pastime. Many people who have never fished are getting into the activity because of the challenge of finding interesting, and sometimes valuable, junk.

Magnet fishing is done by first standing on a dock or platform or by sitting inside a sailboat, rowboat, raft or kayak and then lowering a powerful magnet on the end of a strong cord to catch whatever junk lays on the bottom.

Fishing with magnets from onboard a kayak can be tricky business for those who are not skilled at running a kayak on its own. When you are throwing the magnet out or pulling it back up, the kayak can easily tip. But if kayaking is your thing, you may find that this new hobby is another great way to get out on the water.

What Are You Fishing For?

Although it may sound like a great way to bring up a monster catfish or a rainbow trout, magnet fishing is a different thing altogether. Bodies of water everywhere are littered with years of debris and junk just resting on the bottom. Magnet fishermen enjoy dragging the bottom for whatever treasures they can find. Some just enjoy the fun of trying to outdo each other by bringing up the most weight of any kind of metal. Of course, being a magnet, non-metal items will not react to the magnetic pull, so plastic, glass, wood and other materials stay on the bottom.

Unfortunately, many people see the lakes and rivers as a dumping ground for awkward articles that they don’t want to dispose of properly. Bicycle parts are commonplace, as are car parts and building and plumbing supplies such as furnace ducts, rebar, pipes and nails. Toxic items such as batteries and computer components are also commonly found. There is also a lot of old trash such as bottle lids, tobacco can lids, and beer and soda cans. Even street signs, traffic signs and real estate signs can be found in many areas.

Items like the ones listed above are found by people who are just making sport of magnet fishing, often betting on who will bring in the most weight just for fun. But many hobbyists have a purpose in mind – finding, restoring and selling found knives, guns or other weapons. This brings us to a fact that many people aren’t aware of or at least don’t think about often.

It is not uncommon for thieves, murderers and other criminals to ditch a weapon or other evidence that has been used in a crime in the nearest body of water. Sometimes they plan to return to get it back, while other times they want to quickly dispose of evidence. Magnet fishermen have turned in many knives and guns that have been used as evidence in crimes to solve older closed cases.

These results are not typical but magnet fishing can yield some interesting results. Some pieces do get thrown back, although many that try magnet fishing from a kayak are good enough to dispose of the items they find in a dumpster.

There is a large segment of magnet fishermen who collect junk on purpose to get paid for recycling their finds. Iron is not as valuable as other metals and it is paid for by the ton, but it does weigh quite a bit. Aluminum pays close to a dollar per pound, followed by copper at nearly two dollars per pound.

What Equipment is Needed?

The kayak itself an be anything from a fancy pro-shop model to a simple molded plastic model from the local department or hardware store. You also need a magnet. Not just any magnet, but those that are shaped like a thick disk with a metal loop on the top through which to tie a retrieval cord or rope depending on the strength of the magnet. 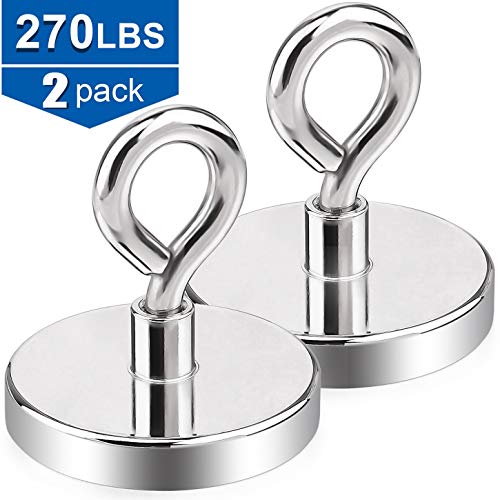 What you will need in order to do some magnet fishing, is a neodymium Rare Earth fishing magnet. Pick a weight that you can pull out of the water, even when there are heavy items attached to it. You can get a magnet with a 50-pound pull force and a diameter of 2.5 inches. Magnet pull forces range from 100 to over 2100 pounds. None of the magnets are terribly thick and come anywhere from ¾ inch to 1.5-inches. Overall, they are not extremely heavy.

It turns out this is a relatively inexpensive hobby as well. 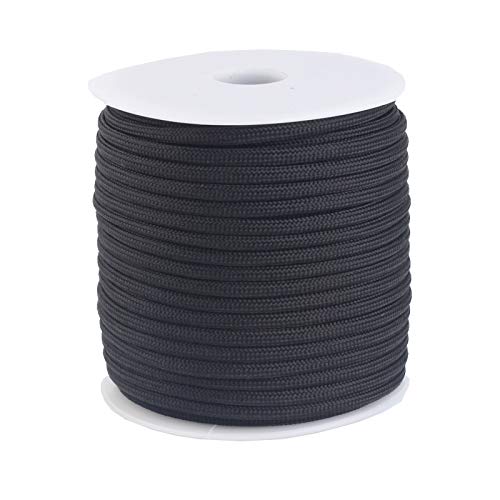 Theoretically, any kind of rope or string could work, but if you don’t want to deal with constant untangling or breakage, you will also need a reel of paracord or waterskiing cord correspondingly strong enough to pull your magnet and its load from the water. Note that your cord and magnet will only retrieve items that are lightweight enough for your magnet’s pull force. 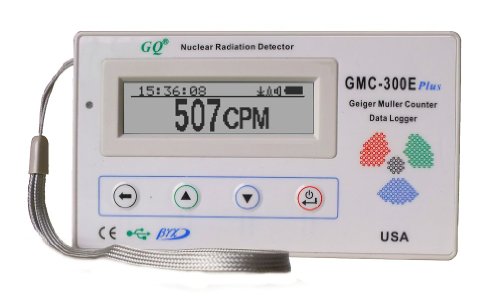 Many magnet fishermen like to take a Geiger counter along. You can run it through the water as you float along and let it guide you to where you might have a likely spot to drop your magnet.

You should also grab a 5-gallon plastic bucket to collect your finds in and a good pair of gloves, so your skin doesn’t come in touch with any rusty metal or contaminants.

Where Can You Fish From a Kayak?

Basically, there are two types of places that make for great magnet fishing. First, places where useless junk such as wrecked cars, construction debris, or just plain garbage has been dumped or washed up. Garbage-laden areas can produce a great deal of scrap for recycling purposes and may include rivers along industrial areas or construction sites and larger canals.

Second are recreational areas where people swim, boat or waterski and may lose items overboard such as watches, jewelry or other personal items. Places that may prove productive for treasure hunters include ponds or swimming holes, lagoons, lakes and the inlets of bays.

The area below bridges may be productive for either scrappers or treasure hunters. Wherever you choose, make sure the location is deep enough for your kayak You want to avoid scraping the bottom or becoming grounded even with the weight of yourself and your bucket full of finds in the kayak.

It is lot of fun to magnet fish from your kayak as you float along in the open air and sunshine. However, you can also check out leaf and debris piles on dry land, beaches, gravel roads and storm drains.

Are There Any Rules to Magnet Fishing?

There are a couple of unwritten rules that will help you enjoy this hobby responsibly. First, always let someone know where you are going so that in the event you don’t return they will know where to look. Second, even though the items you find in the bottom of a river have already spent a good deal of time there, please don’t throw them back. Find a way to dispose of any items possible or make a few dollars by taking them in as scrap metal.

What Are the Hazards?

Kayaks are designed for smooth, swift movement through still or moving water, but because of their slim profile it can be easy to lose your balance and tip in the excitement of retrieving a find. Where a lifejacket and be to avoid flipping in the river.

We mentioned gloves earlier. It is very important to wear a pair of non-skid, puncture-proof gloves. Some items you find may take some coaxing to free them from your magnet. Gloves can prevent you getting cut or injured on rusty metal.

The third and most important thing to keep in mind is that these magnets are very strong, to the point that if you should get your finger in between the magnet and something such as your car door, the force of the magnet may trap your finger. The magnetic pull may draw the magnet tighter and compress your finger to a point of injury. Reasonable care can help prevent such a disaster.

If magnet fishing from your kayak sounds like something you would like to give a try, you might enjoy watching some of the great videos available online. They will give you an idea of the kinds of things that you might find as you head out on the water. In one example, a man found three bags of jewelry and a handgun in the space of about an hour and a half. Another found civil war relics including musket balls and grape shot. Oh – and one more hazard we should probably mention:sor magnet fishing from your kayak might just prove to be highly addictive.